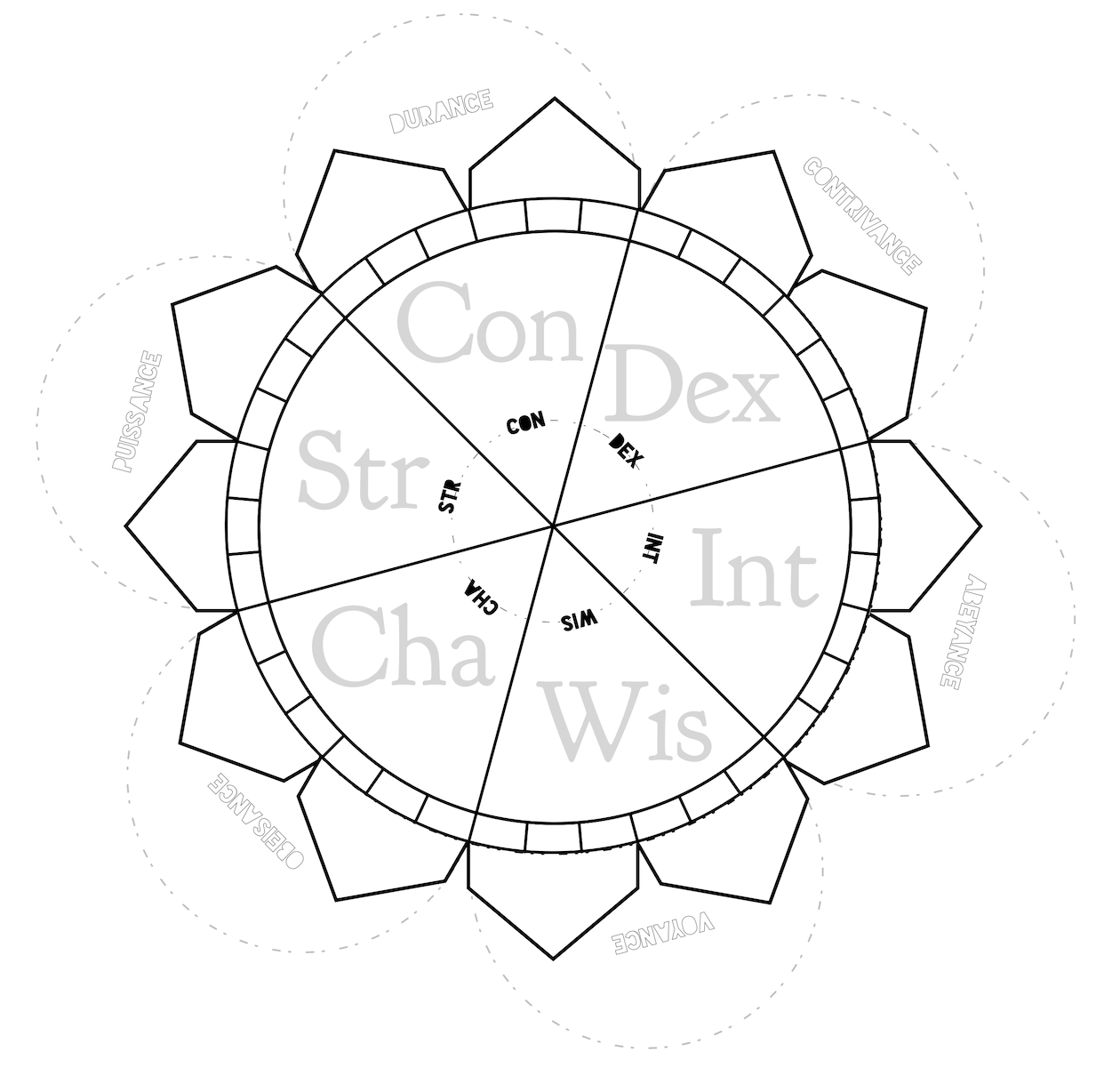 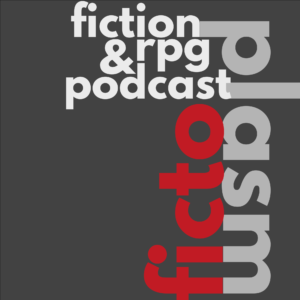 In this short episode I’ll pitch the game StormHack!, available for download.

Whitehack
The Black Hack
Beyond the Wall

Announcing an update to StormHack: manuscript has minor edits plus update to the style sheet (using Goudy Bookletter 1911 for body and Blackout for titles), plus a separate character sheet.

Find the downloads at fictoplasm.itch.io 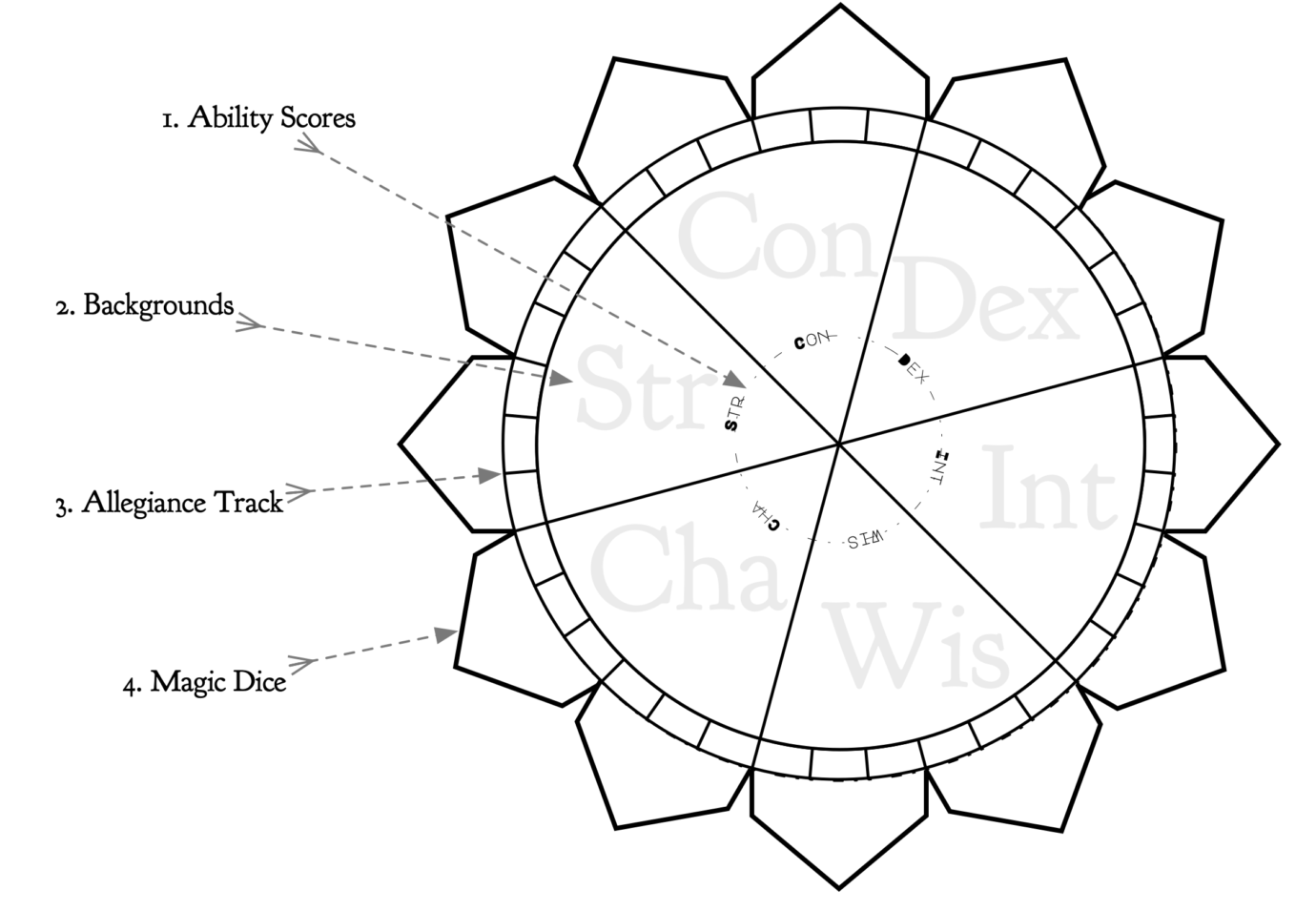 Well… it’s taken long enough, but here is the first, final version of StormHack!. I’ve written several posts and gone through a number of iterations.

The project as a whole is more generic but this version is specifically intented to be run with old Stormbringer scenarios.

Grab the pdf here. The current document was produced for screen reading rather than print (the font sizes may be a bit large), using iA Writer and the in-built GitHub template. I’ll look into printable versions in the future.

Apocalypse World: Burned Over (like most PbtA) has its own lexicon regarding playbooks which may affect impressions of what that character does.

This is further complicated by this scenario, which is very prescriptive in what the PCs do.

Players are expected to pick playbooks and work to fit them into the scenario and potential situations. Some playbooks will be a drop in, but others will take a bit of creative thinking to make work. There are some comments below on how to make the different playbooks work.

This game is slightly different from (my experience of) typical AW games, which are usually centred around a stronghold or other central location. In Burned Over this would be the game’s Hard Zone.

This scenario uses the variant play of Burned Over with two Hard Zones, which are North and South of the Road that the players will be travelling on. Furthermore the characters will be constantly in motion, travelling from location to location and not returning to static locations. The characters are also on a mission to deliver serum to Boston; this means that they are against the clock, and every stop and diversion means lives lost.

I can see these consequences:

That leaves three ways of managing characters with people and other resources on their playbook.

The first is to have those resources in a vehicle.

The second option is to have the resources in caches along the road. If they’re people, they’re settlements that display some kind of affiliation to the character. If they’re resources, they’re dead drops, strongboxes, bunkers or other caches that the character can gain access to. In that case the character should use those to expand on their own affiliations and how these resources illustrate them — are they part of a secret society, federation, pre-collapse nation?

The third is to make use of the two Hard Zones. This is trickier but these may still be accessed along the Road via Off-Ramps. They represent different states of reality, two opposing forces, competing timelines and ethereal states; it’s effectively a ghost or spirit world, a representation of the psychic maelstrom. Specific characters are more likely to interact with them briefly (e.g. the Gearcutter) but they could serve as static places “owned” by those characters with such resources, to be visited on occasion. However this may still present a logistical problem because the time any character can spend in these places will still be limited owing to the mission constraints. If the playgroup and player can make this work then go for it; otherwise I’d limit the concept to the other two options above.

The Nation of California provides a vehicle suitable for transporting the serum called a Landmaster. This is an eight-wheeled all terrain vehicle with radiation cladding, armour and various armaments. It’s assumed all characters can drive the vehicle, especially if there are no environmental challenges (and they will need to share the burden of driving).

Otherwise, the other vehicles can be outriders or support vehicles doing duty to protect the Landmaster, which is carrying the vital serum to Boston.

AW: Burned Over assumes 1 or at most 2 Hard Zones. If there’s a single Zone it’s where the PCs are; if there are 2, the PCs walk the border between the two.

By default The Road is the game’s Hard Zone. It’s the physical landscape the characters are going to cross on their journey between the Nation of California and Boston. Locations include:

There are some notes below on how each Playbook fits into the setting, but in general interactions with a Hard Zone will be spots along the Road, and the party will only visit these spaces once.

If you want to run with 2 Hard Zones instead, make the Road the border between the two. This could be a physical border (for example between warring groups North and South of the Road) or a metaphysical one (the Road connects the Now with the Past, other timelines or dimensions).

This character tends to be a loner and can probably slot in as-is.

Note that this character is potentially very disruptive to both communities and the environment; also they need time up close to use their powers, even if that time is short, which will be limited to when people are outside their vehicles. But otherwise no real restrictions and no tweaking needed for play.

A great playbook for a mechanic type, and really good fit for the game. Does some interesting psychic stuff.

Note their Salvage Grounds. Assume that they have a collection of stuff in the Landmaster or their personal vehicle.

When they’re going into dangerous territory to salvage, they’re probably going Off Ramp into one of the Hard Zones, which are weird alternate spaces where they can find things not normally found in the primary world.

This is probably the hardest playbook to integrate as it often revolves around a Holding which is by default static and has NPCs coming to it.

One way to make the Lawmaker fit is to make them an extension of either the Nation of California, or the old pre-collapse USA. In this case their law is synonymous with THE law. This would make them more like a Judge crossing the Cursed Earth, but it could work. This would still allow them to proclaim their Laws. Their 20-strong Gang might be other lawmakers roving the wilds and similarly dispensing justice, and their Holding could be stations along the way that still uphold the Old Laws.

An alternative way to play could be to make this character an antagonist pursuing the convoy with bikes and other vehicles, for whatever reason. This is the role of the biker gang lead by Big Brother in the final pages of Damnation Alley. Managing this would mean you have to cut between the Convoy and their stronghold, but in this case it could work. One of their Laws should be something that directly opposes the Mission. Their Holding might be a roving gang, or it could be one of the two Hard Zones accessed by Off-Ramps.

If the Medic is in play, suggest that their Refuge is the Landmaster.

Like the Lawmaker, this playbook implies some kind of static group of people, but it’s a bit more flexible. If the Monarch’s People are choppers it’s easy to make them a support group riding with the Landmaster.

Another interpretation could focus on the affiliation the character has, rather than assuming an entourage that’s always there. Like the Lawmaker variant, their people might be found in pockets of civilisation along the way, connected to this character by fame, a shared ideal, a national identity, etc. In this way the Monarch may be some kind of navigator or official that facilitates the convoy’s journey. Perhaps there are numerous checkpoints, tolls, or ports along the way and the Monarch is not just useful, but essential in getting safe passage through or resources. That would make them a kind of “fixer”.

If you’re taking this alternate option, be careful that you don’t overlap too strongly with the Operator and make one or the other redundant.

A pretty good fit with the scenario as-is. The Operator’s Ports of Call will be places along the Road, and their Ear to the Ground move should similarly be focused on places they’re going to travel through on the Road. They have their own vehicle.

Really interesting character focused on Aggro, with links to the Maelstrom.

The Children should be encountered along the Road. Some of them are created as Threats (I guess either antagonists or causing trouble).

Rather than have these turn up as recurring characters (not really possible) consider foreshadowing these characters with some inevitable meeting happeing somewhere down the Road.

This is actually a pretty good fit already as the character isn’t tied down to a location. The exception is the Bolthole move. This could be a vehicle, or it could be a network of bunkers that the character somehow has access to, or other safe locations. Perhaps they have a secret map of the Old Nation. Hiding out for any length of time won’t work with the setting, so it may be simpler to prohibit this move.

Not a particularly subtle character, but should be no problem to integrate into the setting with no ties to any location.

Similar to the Volatile, a no-nonsense character that should be straightforward to integrate.

One option for this character could be to make them one of the vehicles, possibly the Landmaster itself. This could be tricky to build into the narrative with constraints on where the character can go, but it could be a fun option. 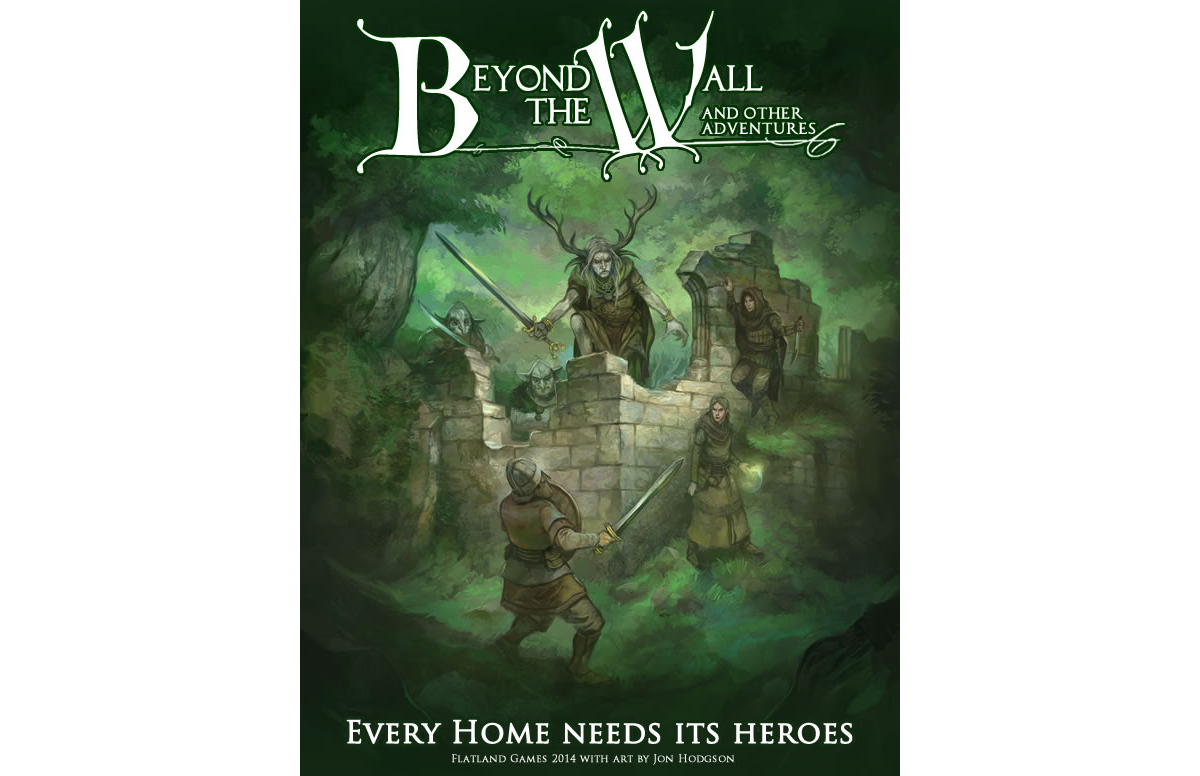 fictoplasm
Summer Special: Beyond the Wall

In this seasonal special, Ralph interviews John Cocking and Peter Williams, authors of Beyond the Wall.

“Cylinder Eight“ and “Cylinder Nine” from Cylinders by Chris Zabriskie