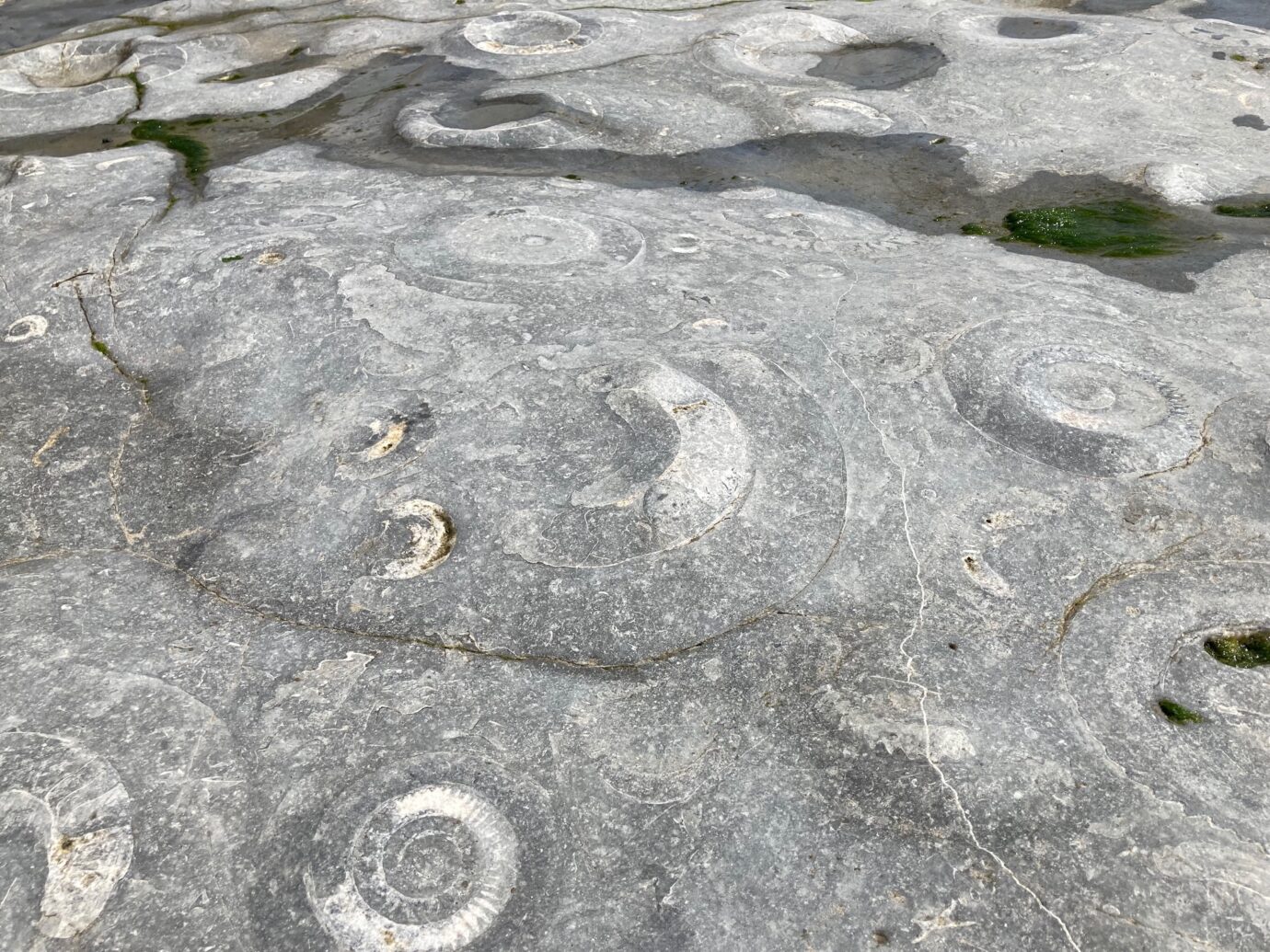 Man, what a month. I’m behind on everything — episodes, writing, blog posts — but for good reasons. Went glamping, and to Lyme Regis: 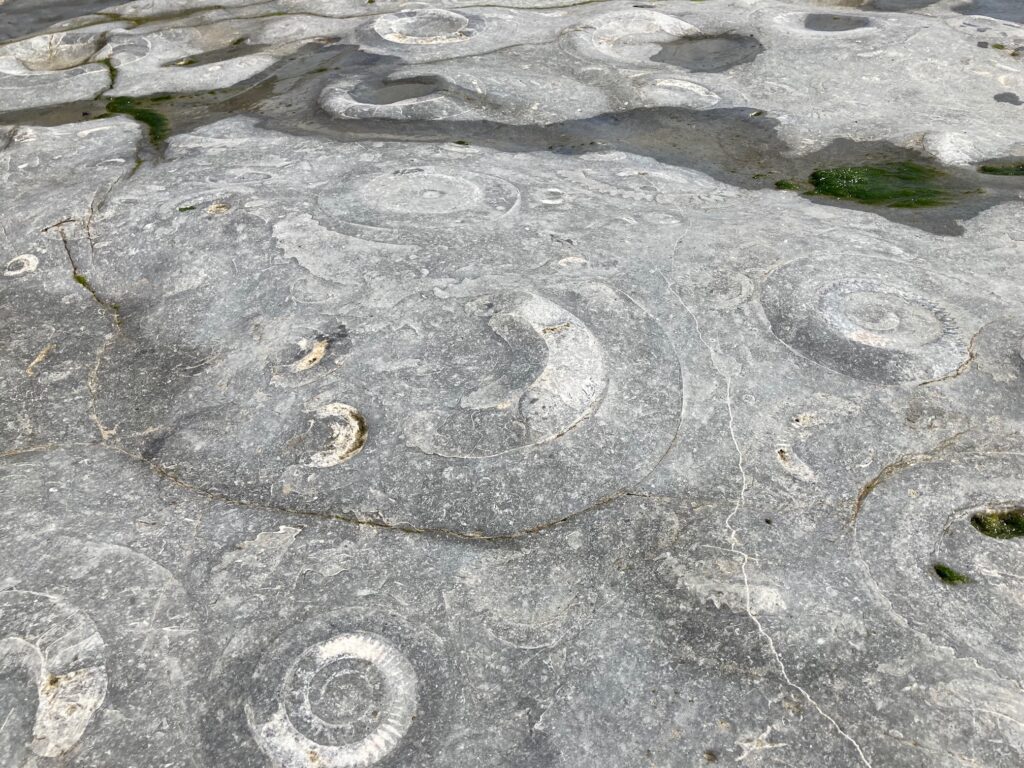 Anyway, here’s what I’ve been listening to:

Love Is The Message: Huh! Here Comes The Funk

New listen for me. This is a history lesson about music and counterculture and this in particular covers funk and the early 70s and its place in the social landscape. Loved the attention to detail on the way funky music was constructed, how classical jazz instruments would be integrated into a funk band, etc. and also the way the hosts have paced the episode to match the various social developments to the evolving genre. Will listen again

Awesome episode on tyrannosaurs including the T Rex growth cycle, fused nasal bones, feathers, T Rex eyesight, speed vs. efficiency, and the variations across the whole family of theropods. This is nearly three hours long but it saw me through a tricky soldering job.

I was in this episode. I kind of set a fairly severe tone early on by quoting the Encyclopedia of Science Fiction and M John Harrison’s infamous Great Clomping Foot passage. I get the sense that some listeners have taken the sleights against Tolkien personally, just as I understand they did when Harrison authored his comments:

Responses to the original posts, mostly negative & some more anxious than others, are numerous & can be found by Googling “M John Harrison +Worldbuilding” or anything similar.

(from the additional and extensive notes appended to Harrison’s original post, via the wayback machine).

But, I’m getting ahead of myself. So, early on in the episode I quoted two sources: the first was from the SFE on the definition of Fantasy and “the novum”. The Novum is used by Darko Suvin as a name for the hypothetical “new thing” (space travel, robots, social upheval, etc.) in SFF literature that can be plausibly imagined to exist based on our current science.

Darko Suvin situated sf as a literary form as marked by two unusual devices: COGNITIVE ESTRANGEMENT and the Novum. The former is distinctive in creating and understanding the imagined world as different from our own, by means of scientific observation, theorizing and empirical experiment. Such new textual worlds are set off from ours chiefly by means of a drastic disruption, an anomalous breach in accepted verities; in short, an intrusive novelty so strange, and at first inexplicable, that it deserves a category of its own: the novum.

But then the SFE uses this term to distinguish Fantasy from SF as having a Novum that is supernatural in origin.

In this encyclopedia we do not use the word “fantasy” in the sense suggested in the previous three paragraphs: that is, as a supergenre which includes sf. This is because we have practical problems to contend with: the hardest part in determining which authors should and should not be given entries in this encyclopedia was deciding which fantasy authors were sufficiently sf-like to be included (see Introduction to the Second Book Edition for further discussion, and see also The Encyclopedia of Fantasy). To make any sort of distinction at all, we had to regard “fantasy” as the contents of the middle circle excluding the sf circle, in which the novum is supernatural; in other words, “fantasy”, as we use the word throughout this book, is fiction about the impossible. Even then, the distinction is quite extraordinarily difficult; again and again the sf fruit has roots of fantasy; even Hard SF regularly uses fantastic or Imaginary Science.

Of course the literal definition of supernatural is a force that appears to not be subject to the laws of nature (because it isn’t, or because those laws are not yet understood by humans).

BUT ANYWAY my argument for an emergent setting is born out of these factors:

If you read Harrison’s Very Afraid post and the responses, it’s clear that the people who responded negatively (and anxiously) are “arguing” from a totally different position, e.g.

Bullshit. Lord of the Rings is widely hailed as the best, most readable fantasy ever written. Why? Precisely because its author spent over thirty years building the world it is set in. He developed fully-functional languages and a multi-millenial history for Middle-Earth. Most of it isn’t even touched on in the trilogy, but you just know IT’S THERE. LotR would be out of print today if it weren’t for Tolkien’s worldbuilding.

This is an economic argument for worldbuilding, not a literary one. It’s predicated on the basis of effort and hours spent, not actual talent or appeal to the reader.

I’ve seen some of the twitter response to the episode. Some of the “outrage” (not really) is obviously secondhand. To paraphrase Ron Edwards, people can’t talk about D&D or Tolkien without losing their shit. The irony is that this is also the fruitful void at work; in the absence of primary sources, fans will base their response on what they assume was said.

But anyway. Tolkien may have been the “OG worldbuilder”. But The Hobbit is predated by Eddison’s Worm Ouroboros (1922) and Dunsany’s King of Elfland’s Daughter (1924), and The Lord of the Rings comes after Vance’s The Dying Earth (1950). So the question is, what does Tolkien’s fretful worldbuilding actually offer to us in terms of describing a fantasy world, that was so lacking in its forebears? Answers on an angry postcard.