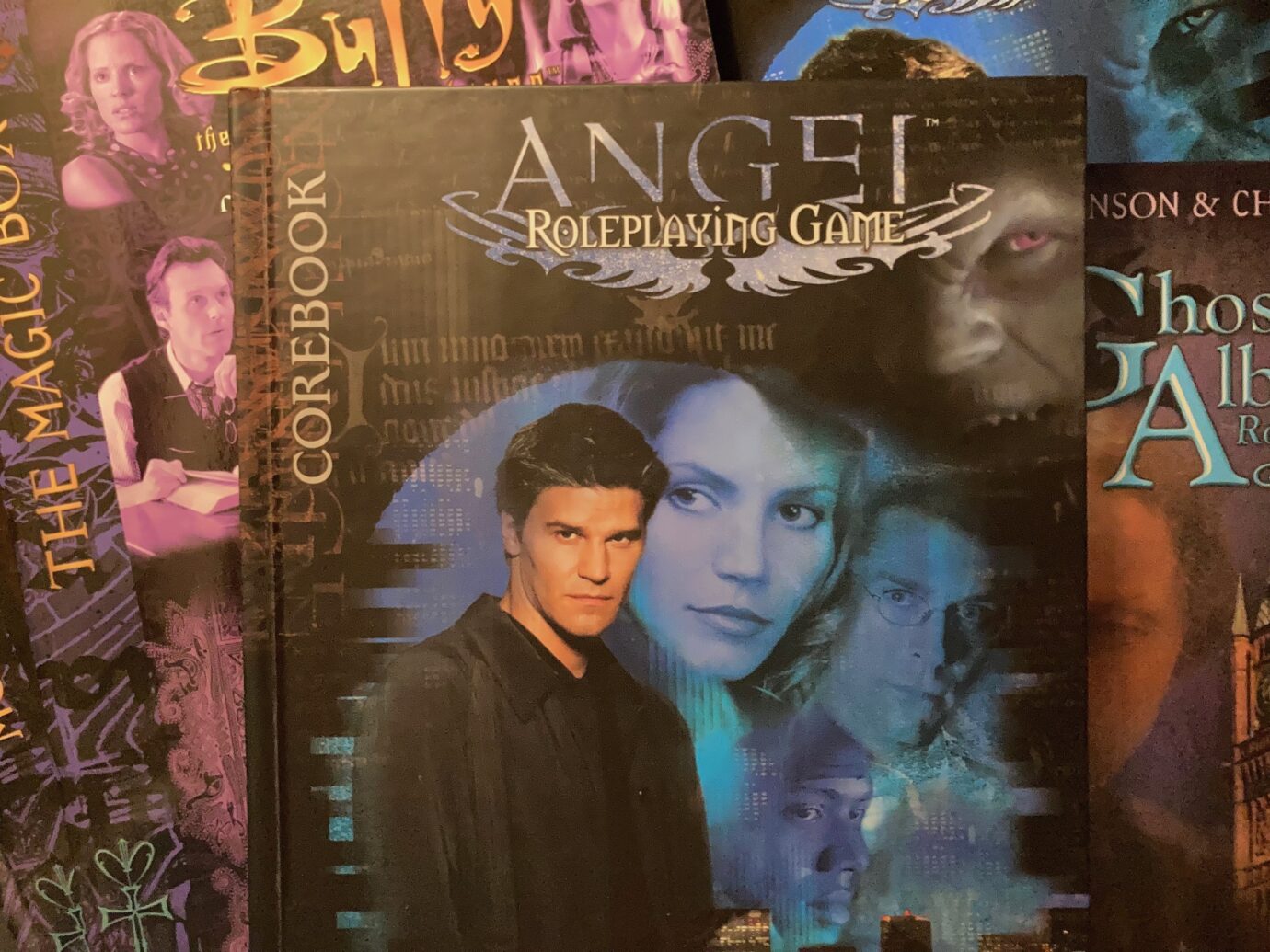 Man, where did the time go this week?

Episode 8 covers Monsters and Luck, and the Angel RPG gets some love. I’m personally a fan of Unisystem books (AFMBE, Terra Primate, Witchcraft) but it’s the Cinematic Unisystem subset that deserves a lot of praise IMHO. The team rightly point out the very well developed Drama Point system, which gives the characters lots of points (so less chance of hoarding) and lots of things to do with them as well.

Classic Unisystem also deserves some praise for the monsters too. There isn’t quite the variety you’d need for a fantasy game but the monsters themselves are mainly described with three attributes (Muscle, Combat and Brains) which are what the players have to beat in attack and defence rolls (it’s an asymmetric system). I like systems where the monsters are easy to write down.

Other positives include the small number of skills, the combat manoeuvres, etc. Occasionally I don’t care for the author’s tone but overall it’s a great system.

Angel RPG came out in 2003 and only covers the first 3 seasons. But the original Unisystem RPGs like Witchcraft and All Flesh Must Be Eaten only came out in 1999, and this made me think about what was going on at that time: nearly a decade into World of Darkness (so Witchcraft invites obvious comparisons), right into the start of 3e (with 3.5 happening in 2003), and also the Forge (the first articles appeared around 1999).

So Cinematic Unisystem happened at an interesting turning point in RPGs with emergence of both the indie scene and the OGL.

In 2008 Eden released Ghosts of Albion which is probably the last iteration of the urban fantasy Cinematic Unisystem (John Snead’s Eldritch Skies was kickstarted in 2012). Eden was supposed to release Beyond Human which sounds like a sort of apocalyptic occult supers game but it looks like this will never emerge (“15 years late” according to this 2020 post). Without Beyond Human, Ghosts of Albion will probably be the pinnacle of this system, but it is very good. It has all the accessibility of Angel with an evolved magic system (and Victoriana, if that’s your bag).

Anyway, this has made me revisit a very old game sketch for a game set in a remote UK boarding school using the Angel rules, based on the 2004-5 series Hex, which I immediately impulse bought following this episode: 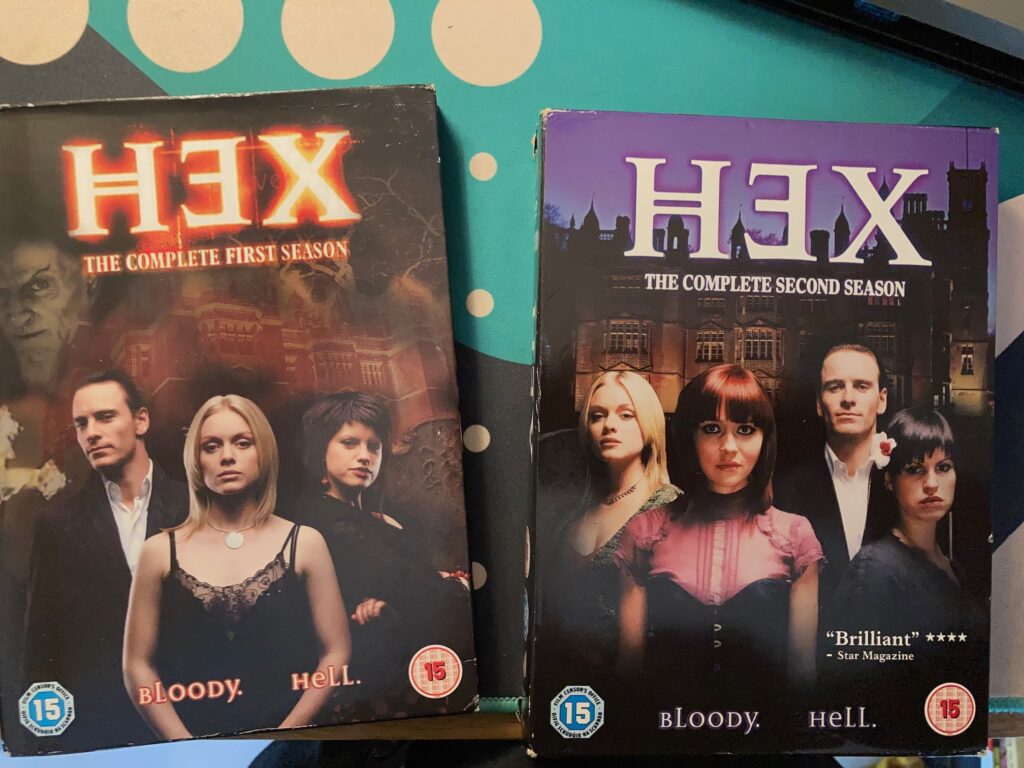 What a disappointment the English language Engel RPG sounds:

I remember passing on this book 20 years ago and then regretting it. I also remember hearing that one of the problems of this book was there’s a big secret reveal in the GM section that isn’t visible in the premise and it totally changes the feel of the game. Which is a shame because I like the post-apocalyptic descent into a medieval society, it gives me a distinct feeling of Keith Roberts’ Pavane. I also like the flooded future Earth even if the floods don’t quite work with established terrain contour maps.

Overall I don’t know if the game is quite as daft as the hosts make it out to be, but this quote:

You don’t even need to try and make fun of it. He is the Pontifex Maximus Secundus, he’s the most second

I actually have the album Engel by In The Nursery which was commissioned for the RPG, and it’s good. Before this album In The Nursery did alternative scores for The Cabinet of Dr Caligari and Man with a Movie Camera (and after, The Passion of St Joan). I can’t think of many games that have commissioned their own music (Shadows of Esteren springs to mind, and I think some Pelgrane titles?).