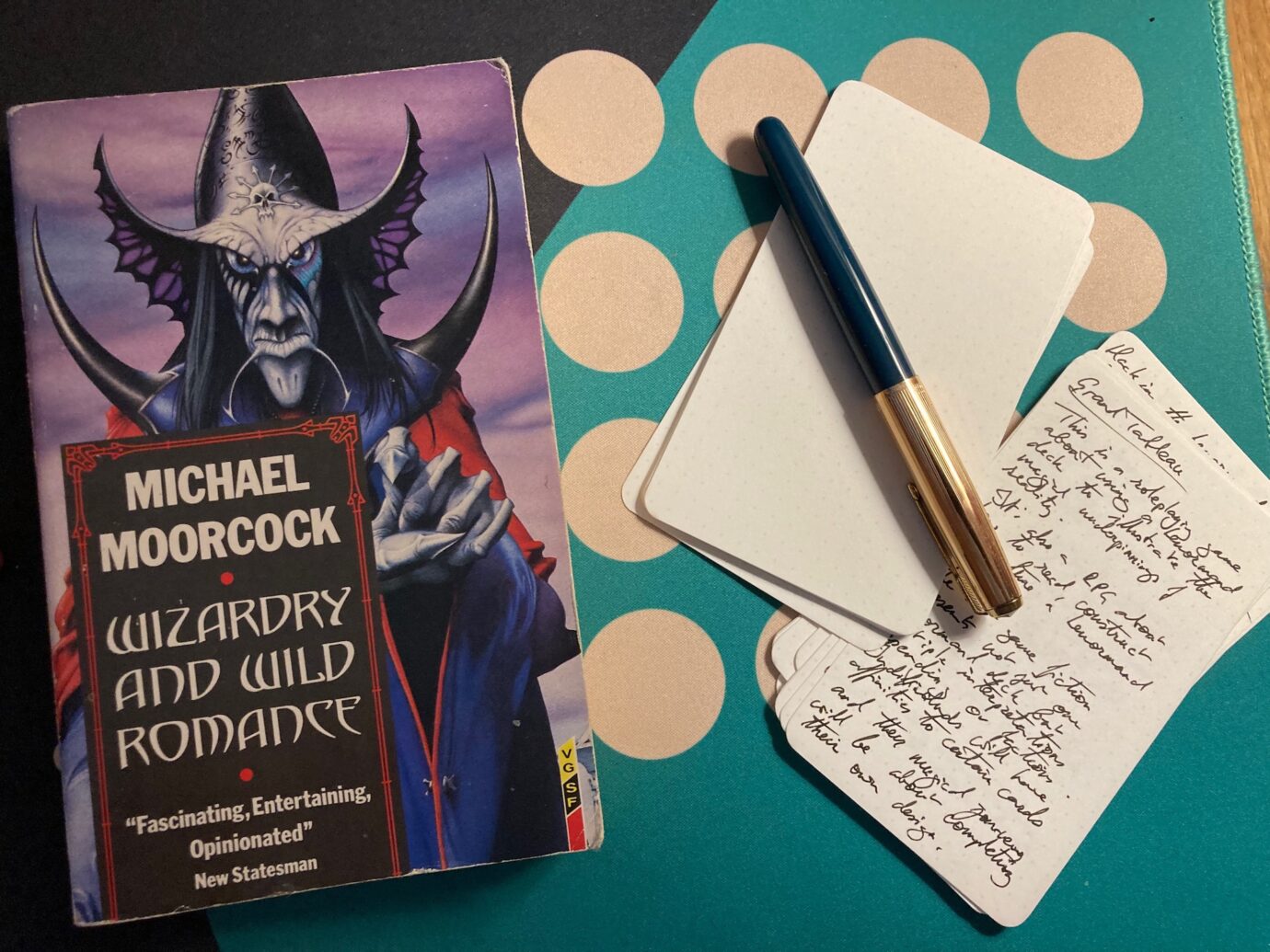 What I’ve been listening to this week is pretty much more of the same. I’ll make an effort to listen to something different in the coming weeks. The stuff I listened to is still well worth your time though

Breakfast in the Ruins episodes 28-30

Caught up on these thanks to some long car journeys this week.

They got to the core of my complaints about Stormbringer (and other RPGs) in that you can’t inspire heroic action and emulate heroic (or antiheroic) fiction if your characters are incompetent. Also nice to hear some love of Hawkwind being shared. When I ran early playtests for StormHack I made pre-gens of versions of the Eternal Champion based on Hawkwind songs. I was quite pleased with the Sonic Attack (veteran of the sonic wars with acoustically isolated armour) and Infinity (a child lured to a magical grove and transformed into an adult warrior to serve a witch) champions.

Really enjoyed the episode on SONUS and Imrryr. Imrryr seems slightly more my speed but they’re both great and it’s really good to be able to support the artists directly via Bandcamp.

The standout episode was probably Wizardry and Wild Romance with Dirk the Dice. Very thoughtful and detailed, with a lot of background stuff I didn’t previously know. And whilst I don’t want to dump on Tolkien this really isn’t the fantasy for me, and this quote from the Wit and Humour chapter nails it for me:

I think my own dislike of Tolkien lies primarily in the fact that in all those hundreds of pages full of high ideals, sinister evils and noble deeds, there is scarcely a hint of irony anywhere. Its tone is one of relentless nursery-room sobriety

Breakfast in the Ruins

The last in the series on game writing has some really great advice on working with other people that’s transferrable to pretty much every job I can think of, such as don’t do other people’s jobs for them, they hate that (or it will become your job) and if you’re going to sell your ideas to someone expect other people to mess with them.

A fine placeholder episode with Tom whilst his co-host Sharanya is doing academic things in which he’s reached out to Mean Girls cast for their favourite pasta shapes. What we learn is that the Mean Girls metaverse has either three or four kinds of pasta in it, and the resulting factional schism hinges on whether fusilli and rotini are the same or different. I suppose I do see the difference, but I would always say twisting is a poor substitute for extrusion in most walks of life

The Hard Light episode complements the other SF offerings like Leviathan and Orbital Blues, but what made it for me was the recommendations at the end for Ladytron’s 604 album, and Tangerine Dream’s Zeit.

Naturally I went looking for Hard Light only to remember I already had it in my Bundle of Holding purgatory folder. I have a lot of love for Sine Nomine’s stuff, particularly Silent Legions, and Starvation Cheap for SWN.