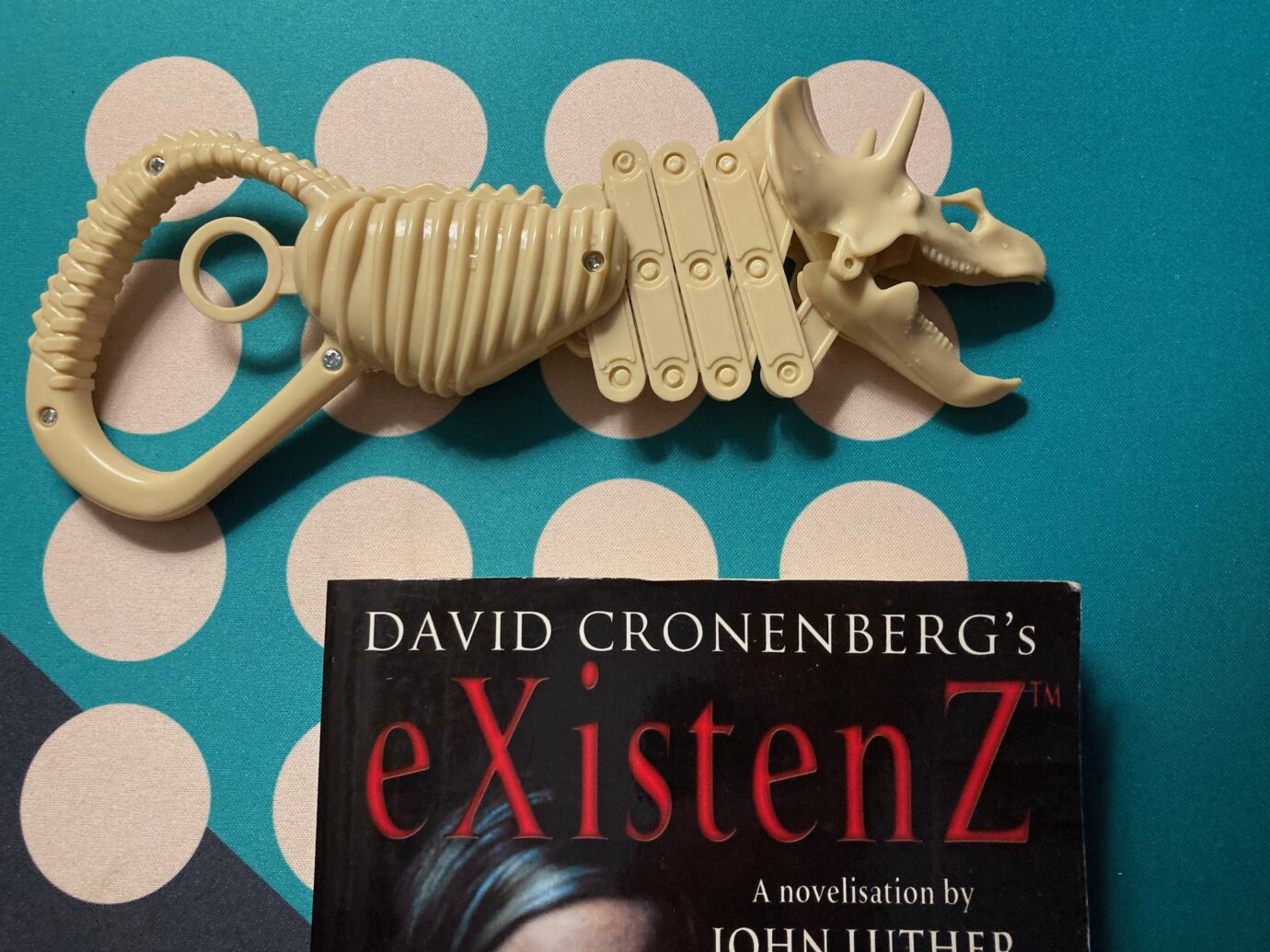 This week’s listening synergises with yesterday’s post on the Dishonored RPG with the comments on video games. This is kind of obvious territory for RPG discussion and yet there’s not enough conversation about what video games can offer TTRPG design.

Oh yeah can I say how tired I am of my writing program pointing out that I’m using the wrong spelling of Dishonoured?

It Happened To Me: Statue

Best episode yet! Features Keith Norcross who tried to erect a statue of local slave trader Sir John Pockley in his home town of Chopple.

It Happened To Me

This episode of RCTTK’s own Appendix N covers the Game Maker’s Toolkit, and what particularly grabbed me was the recommendation for the Stealth Game Design. This is about video games but Tom advocates for taking some of the advice for RPG design. This is right up my street given Thief: the Dark Project is probably my favourite game of all time.

Looking back I can’t remember if it was this episode, or the Mike Shea Smart Party episode (next) which advocated another videogame technique, which is the tutorial level to teach how to play the game. Then there’s also the way videogames do have an emergent setting to the player in a way that

What would the Smart Party Do: Mike Shea Interview

Really great interview with Mike Shea, author of the Lazy DM book (now updated to Return of the Lazy DM). Lots of great questions and some creative and sensible tips for new and experienced refs alike.

One of the lines I really appreciated was about giving players magic items, saying that it costs the GM nothing to give the PC something special, and they really value it. This gets a strong nod from me.

I mean, reward mechanisms are there to provide rewards. They’re part of the game. Also, I’d rather let the players have too much and see what they do with it, than let them have too little.

Return of the Lazy DM

Nice to hear Vogon putting out another podcast, totally agree that you should put what content you have out there without worrying if it’s perfect, or you’ll never do it. Also this features Tom, split keyboard enthusiast and builder for Mechboards (and Discord mod I think). Makes me want to build my first Corne KB. Also, good quality solder FTW

The standout bit for me was the mention of Artsey, a one-handed chording keyboard. I’ve been interested in one handed typing since I developed some pain in my right forearm and wrist (mainly ulnar nerve; I suspect that trying to use the fn key on a tsangan layout aggravates it). This looks like an amazing thing to learn, and maybe better since support for e.g. 1h Dvorak is not great across all platforms

This is going to be of limited interest to the RPG crowd but there’s going to be crossover there somewhere. I wonder if I can draw a Venn diagram that includes fiction, RPGs, keyboards, goths, HEMA, reenactment costume, Industrial S&M nightclubs and Morris dancing

I thought this episode did a great job of enumerating the different kinds of scenarios (dungeon, sandbox, web of intrigue etc.). I would have liked to have more focus on actual document structure, because readability, and all 3 of the hosts are veteran CoC scenario authors so I’m sure they have something to say there.

But I did like the remark about how a relationship map is pretty much like a dungeon map (I guess in terms of navigating the scenario). Going forward I’d like a discussion on what makes a good scenario for (a) GM-facing tools and (b) player-facing materials. I think this whole discussion links back to the Smart Party’s interview with Mike Shea on what you actually gain from using a published scenario vs. writing your own.

Obvious tie in with the conversation about Dishono(u)red, usual quality episode from +1FWD team, and well worth a listen.

I don’t have much in the way about comments about the episode but I’ll say something about Blades in the Dark that goes back to the comments I made yesterday. Whilst Blades isn’t really my thing (for reasons), it’s absolutely a masterclass in how to present a game for play for the way it puts the system in front of the players with playbooks, crew books, etc. Of course it’s standing on the shoulders of PbtA but it’s this quality that makes it something every RPG enthusiast should pay attention to. Frankly it’s baffling that the RPG industry hasn’t paid more attention to this aspect of indie gaming, the focus on player-facing materials. As I said yesterday Dishonored squanders its indie-derived capital by making it hard to get to the core of the game, so it’s just another monolithic mainstream RPG book.

One last comment on Blades; I was a backer on Kickstarter and I received several versions of the play materials and every one of them was a quality product that would have probably been a final release in any mainstream game. Plus Harper really embraced a digital native approach for the draft versions that made it very usable. Blades really deserves its success.

I’ll round things off here with a late entry, Lee Williams’ Foldercast. He talks about the TSRv3 debacle, which I vaguely took notice of when James M. Ward claimed that Giantlands was “the first fantasy/apocalyptic RPG on the market” 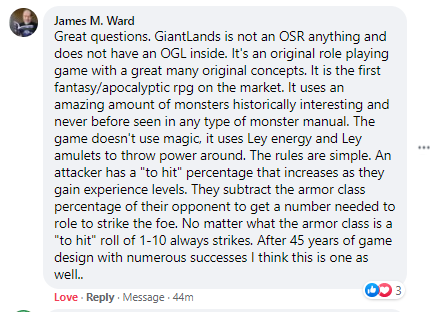 Anyway my main comment though is about his return to podcasting after 6 months which is always a good thing — from Vogon on the Thocc podcast, if you have the urge to put some content out you should do so, and not worry about polishing it. I hope Lee does either do more solo stuff (it can be done! See Monster Man, Roleplay Rescue, etc.) or partners with someone else to make content