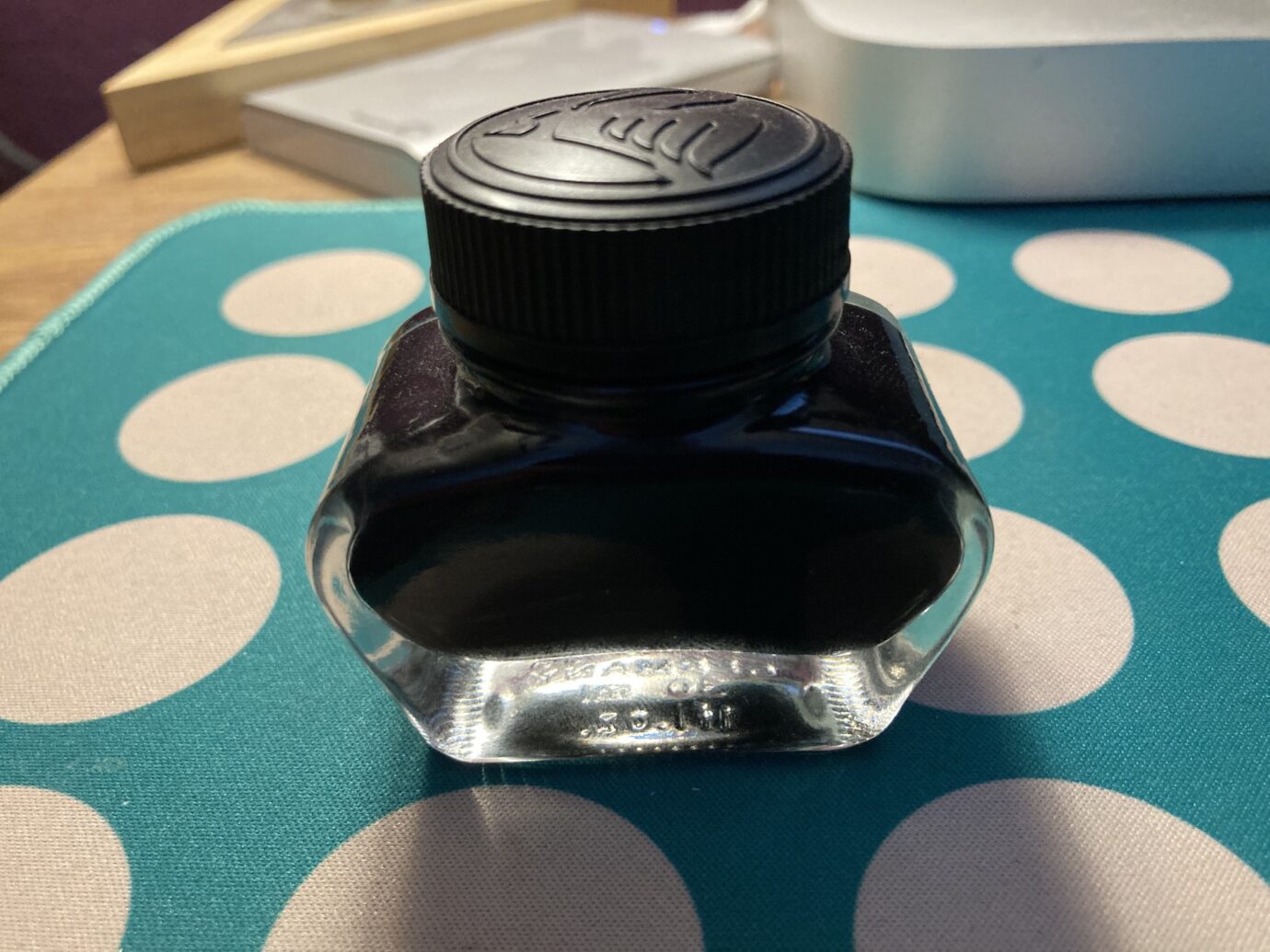 Posted on 16th May 2021 Uncategorised

What I listened to this week!

Great panel discussion from designers from several continents whose first language isn’t English. Eye-opening comments about the asian RPG community, on RPGs being a hobby of the wealthy who are more likely to speak English (and the disadvantages of having to learn in a different language), and some backstory for the Elephant and Macaw Banner (which I’m only aware of thanks to Porcupine Publishing doing the English translation).

Loved the comments on graphic design, use of fonts, the design practices in the early 2000s, etc. Also that Jamie Hewlett gets a mention by Kaye. This also features John Hodgson (who did this for Beyond the Wall) and Paul (@spookshow71 on twitter, check his stuff out).

There was some suggestion that mainstream large format RPGs are better laid out these days with more freedom to breathe, as opposed to indie games which have to crowd everything in. My counterpoint: mainstream RPGs are more often than not overwritten (e.g. Shadows of Esteren), whilst indie games are more sparsely written, more direct in declaring the mechanics, and better laid out with decent use of white space. Some of the PBTA games are particularly good for this (Night Witches, Monsterhearts). 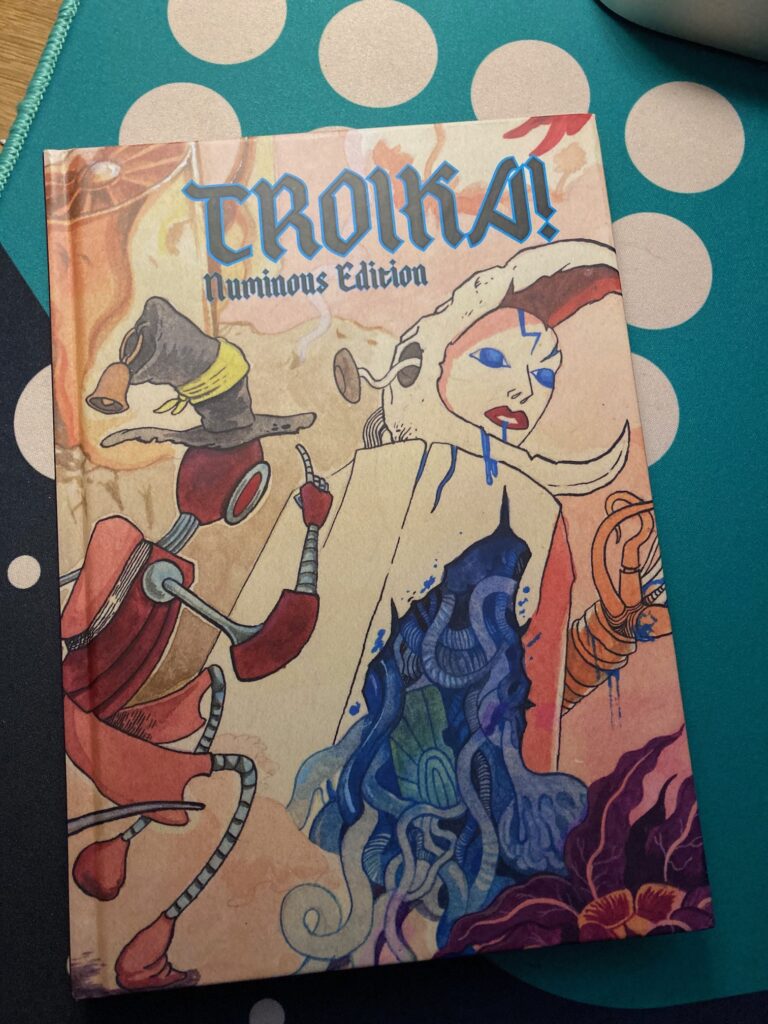 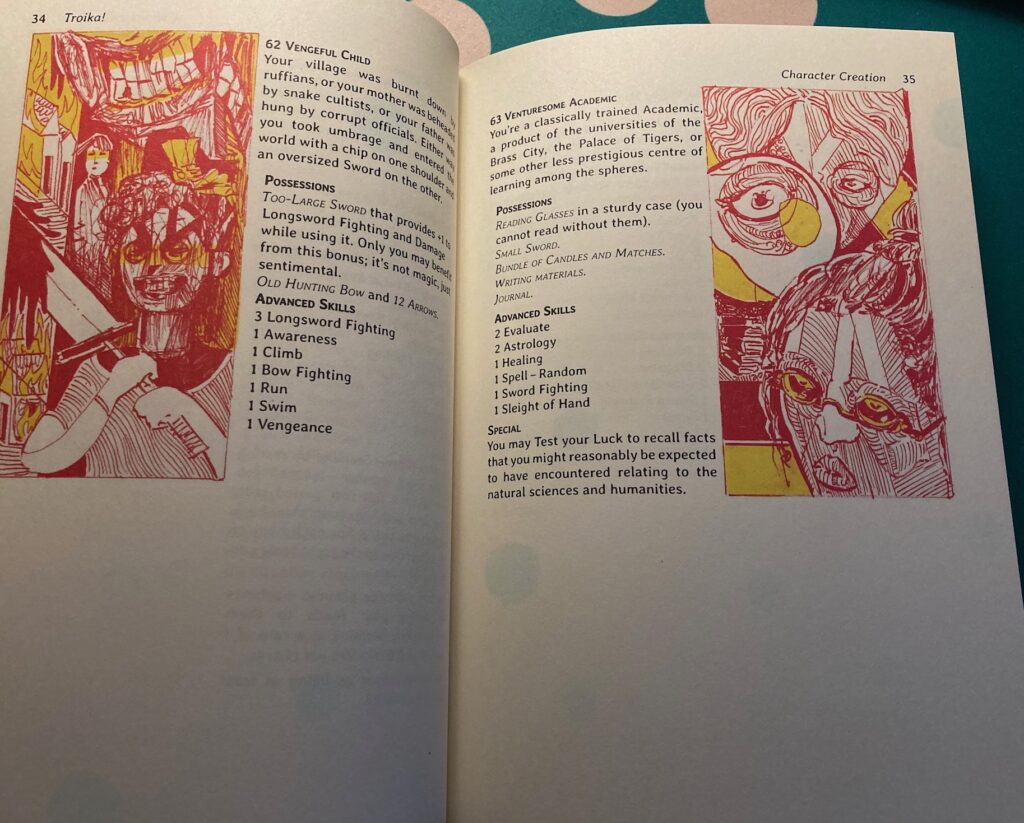 The best pages are the individual character pages (d66 of them).

And here’s a terrible mainstream one: Elric of Melnibone 1st edition 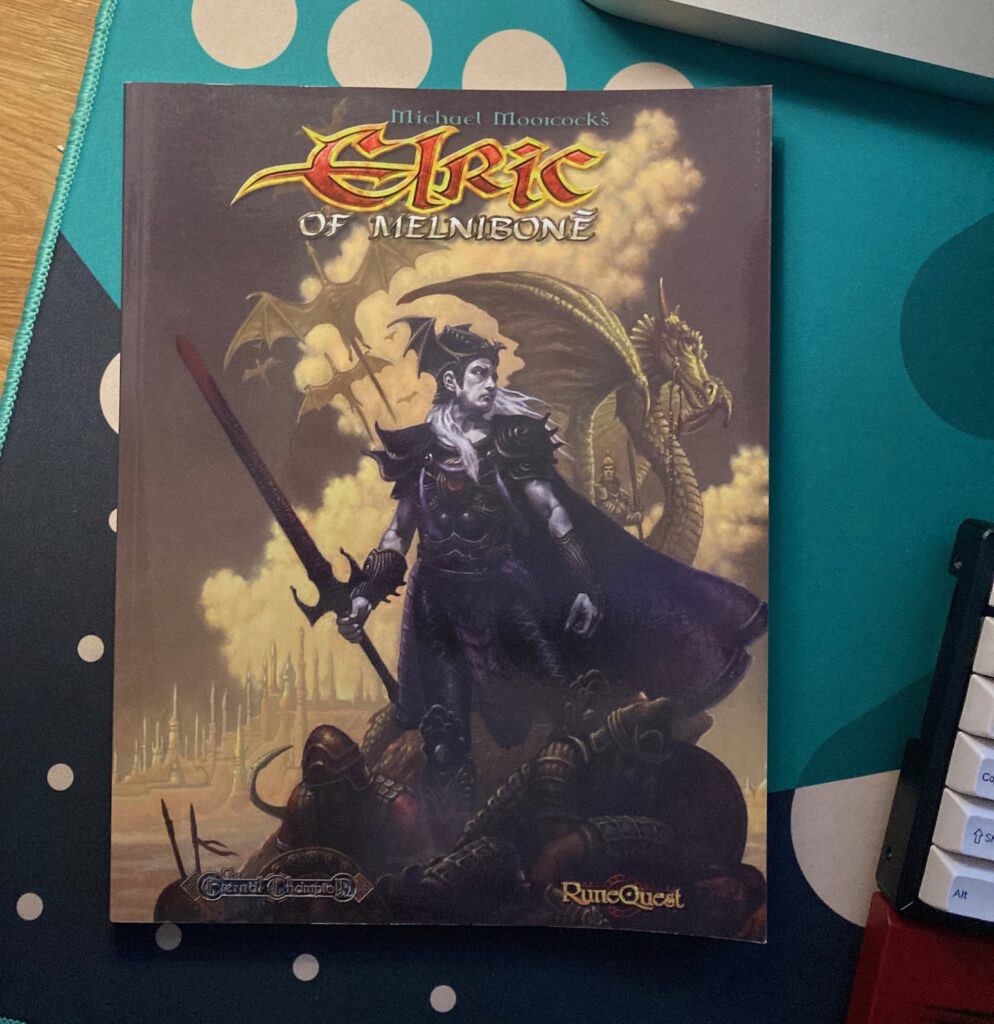 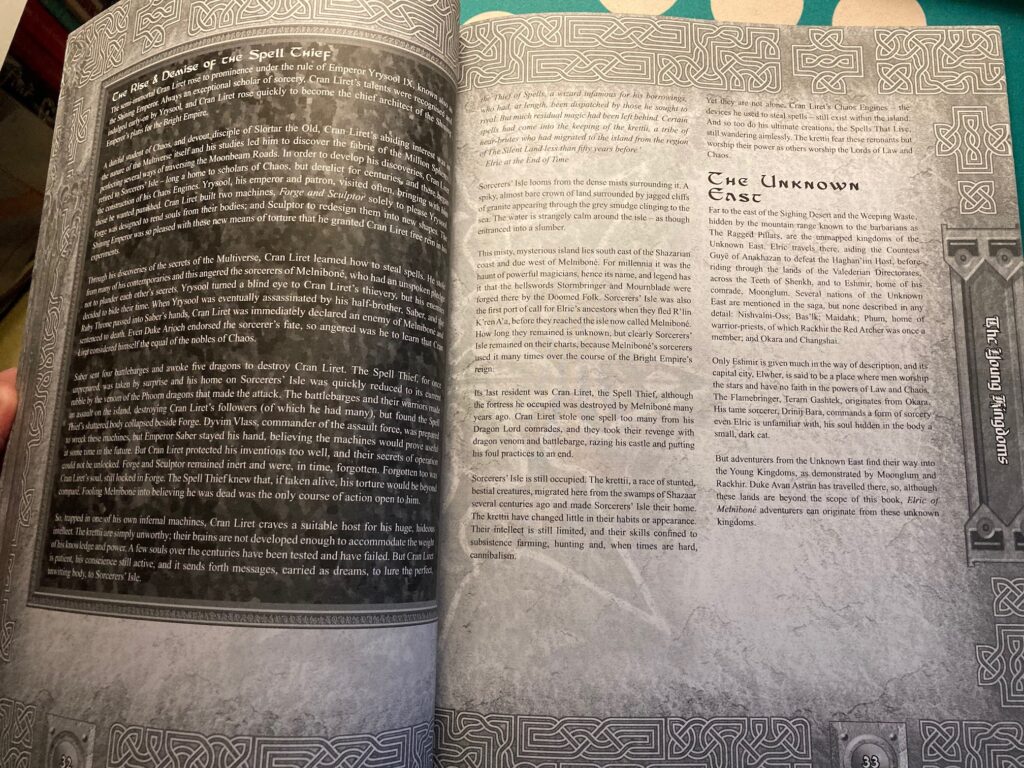 Black on textured grey with Celtic knots all around the margins, no numbered chapters, chapter headings printed along the vertical edge of the right page in a near-illegible font, white on black narrow font boxed text. It’s horrific and does Lawrence Whitaker’s work no favours. Probably a great example of the DTP-for-the-masses era where (to paraphrase the hosts) just because you can, should you?

What Would The Smart Party Do? Shawn Tomkin interview

Great interview with the author of Ironsworn and Starforged (KS link). I thought Gaz and Baz asked some great questions, and the one that really resonated with me was the comment on why SF RPGs don’t capture the imagination in the way, say, Fantasy does. Furthermore Shawn’s comments on a sense of wonder really resonated with me. As it happens I had these talking points in my notes for The Sparrow (released yesterday), about how SF is a broad church and the difference between hard and soft SF, and how IMHO we’re really bad at celebrating exploration and discoveries in RPGs. Think about it: our investigation games and genres punish curiosity (thanks, Alien) and mechanise what we might lose (HP, SAN) rather than what we might gain, which are usually just stepping stones on the path to the end of the adventure.

Also, I’ve only just started to look at Ironsworn after looking at PBTA combat, and it’s going on my list of the few games that actually know what they’re talking about when it comes to martial exchanges, thanks to its approach to Initiative. This is a lot like the best combat system ever I mentioned back in the Princess Bride ep. Going to give it some more attention.

What would the Smart Party Do? Shawn Tomkin interview

Rounding off Sunday morning I’m listening to the latest episode of The Thocc podcast whilst preparing the roast, so I’m just dipping in and out of it. For reference I typed this on my first DIY effort, a 60% Tsangan layout with a CF plate, SA keycaps and lavender linear switches. It really does sound so much better than my other keyboards with alu or steel plates.

(also, I fell out of love with hotswap pretty quickly but at least I learned to fix a socket after I lifted one of the pads)

I did look into some of Iammeuru’s streams, and I’m going to take notes on SMD soldering (but for now my next project is a Discipline through-hole kit, bring the flux). If you’re interested in the hobby, there’s so much great advice on soldering on Youtube. It’s kind of an immersive experience with multiple hour long build streams. Kind of like Critical Role but for building keyboards I guess

I suspect the readers of this post aren’t really the core demographic for this podcast but I’m glad it exists. Very relaxing and the host has a nice voice