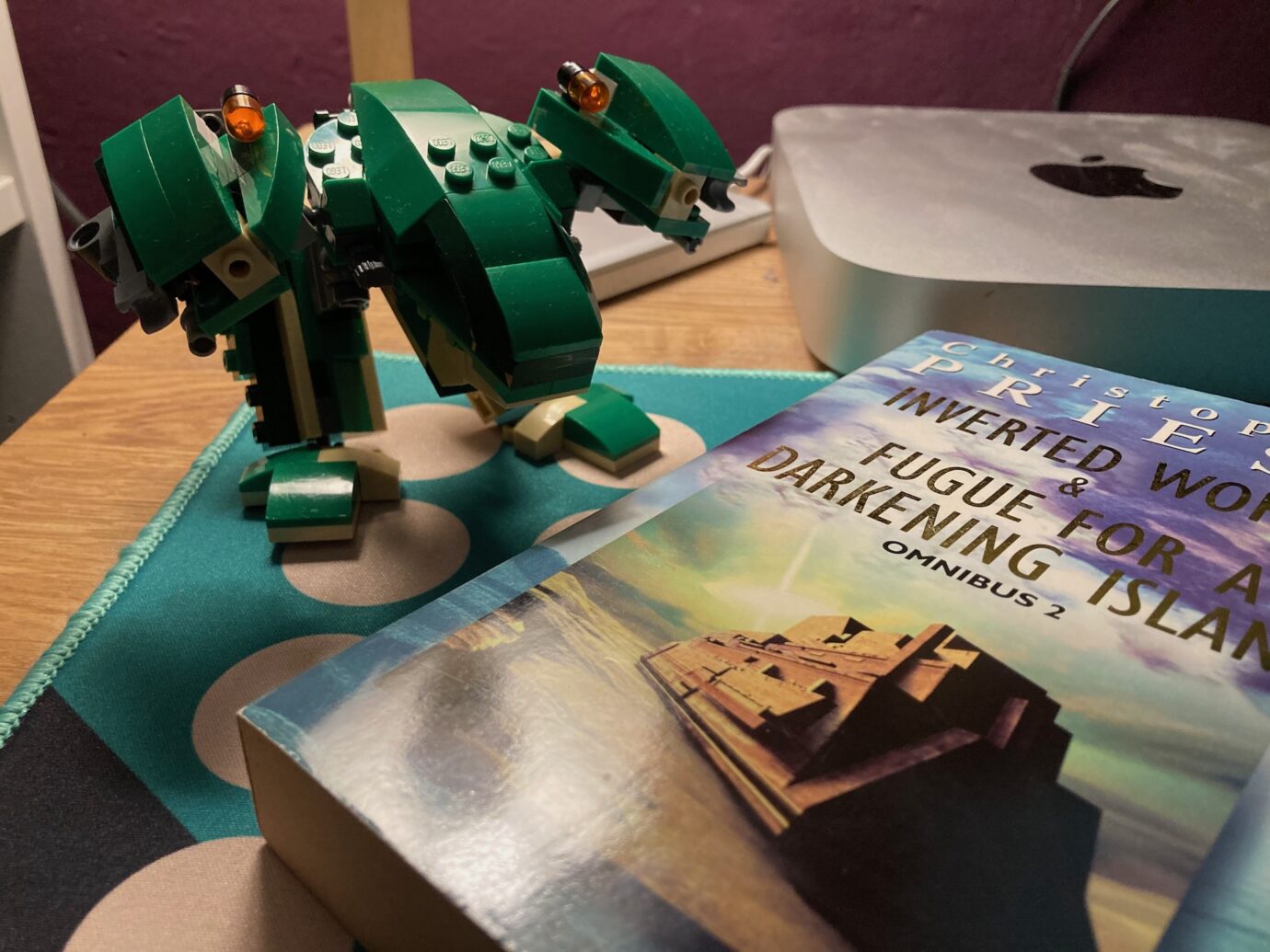 Happy Podcast Sunday! Here are some things I listened to and what I liked about them:

Very good episode covering censorship during the era of the Brazilian military dictatorship, and the way the newspapers responded with nonsense articles and the difficulty of knowing both the truth and what they were allowed to report on. Whilst a lot of it is funny and non-weird I did get a strong sense of Over the Edge in the RPG opportunities

What Would The Smart Party Do? Mattias Lilja interview

This interview coincides with the Free League’s KS for Ruins of Symbaroum for D&D 5e which is honestly not really my thing, even though it looks gorgeous. BUT there’s a lot of good stuff in the interview when they get into the adjacent stuff like the approach to investment and business, comparisons with the videogame industry, etc. Also I liked the bit at the end discussion Black Swan events, common perception of probabilities and so on.

This is a really fantastic episode of Monster Man covering the 14c poem The Green Knight that touches on the myth, the variations in translation from middle english, and how to communicate etiquette and conventions to the players through the behaviour of NPCs and monsters.

Always have a B Game for when the A Game falls through, says Judd Karlman on episode 75 of Daydreaming about Dragons. Also some thoughtful stuff about getting back together with people and having triggering content at the table as a consequence of the pandemic.

From 2017, controversial games designer James Desborough is interviewed on the controversial subject of his RPG for John Norman’s Gor, and covers controversial topics like Gamergate and the X card…

It’s actually a polite, nuanced discussion and points are well made on both sides. This is a risky conversation to be involved in and the hosts manage to tackle it with the right amount of challenge and objectivity.

Starting at the end:

Totally fair. Gor is a fandom and we don’t shame fandom (or kink). Also, fandoms deserve to be heard for their positive points and advocates shouldn’t be shouted down by a mob that perceives the content without having actually consumed it. I totally take Grim Jim on his word that the world-building is great. At the same time I’m from the M John Harrison school of emergent setting. So the fact that Gor has a great setting holds no more value to me than Tolkien’s or any other expansive, exhaustively mapped fandom. It’s not for me.

(also I’ve got plenty of D6 system material, but props for choosing a good chassis)

I have to pick up on this from the hosts:

If more people knew about Notes from a Darkening Island… which has racial themes in it, they’d be up in arms about that

I guess they mean Fugue for a Darkening Island by Christopher Priest. It’s hardly equivalent. The content is mainly political; a civil war is sparked in the name of white, British nationalism opposing an influx of African immigrants fleeing nuclear war. I think it’s fair to say that the protagonist is actually confronted by his own prejudice.

Since I haven’t read Gor I can’t directly comment but one of the remarks about the female slave culture is IIRC “there are male slaves too! More male slaves than female slaves! They’re just off camera”. This is the equivalent of J K Rowling claiming that Dumbledore was gay. If it’s not represented, it’s not there for the audience. And it sounds like Gor is being presented as the patriarchy is the natural order of society, with a disproportionate focus on female slaves.

Some of the other remarks are great though. I particularly liked the comments about Conan being anti-Civilisation and the conversation around that.

As for the Gamergate stuff… well I take Grim Jim on his word that what’s been reported in the media is not what’s going on. But OTOH the whole GG movement did itself no favours. I looked for a single coherent source of their objections and what I saw was a confused mess that included attacks on women, claims of victimhood on both sides, and the vague suggestion that there was some legitimacy in there but also the truth was known, even prized, by some inner cabal and you had to dig to get it. Just like birtherism or Jewish orbital lasers.

I don’t question the truth here. What I’m saying is this: you do not win hearts and minds of external observers by claiming that in order to get to the truth they have to dive further down a rabbit hole. That’s not only the opposite of a coherent message, it’s treating people who might be on your side with contempt because no matter how widely they read the situation and how open minded they are, you’re telling them they’re not being open minded enough.

Yeah, uh, anyway I learned a lot about Gor. It’s probably a great setting; if the mode of play is really a kind of Sword and Planet Spy-vs-Spy with humans being the pawns of two alien races, that sounds like a pretty good USP. Should have lead with that, TBH.

Extra: Breakfast in the Ruins and Nand

A quick mention following the episode of Breakfast in the Ruins where I appeared talking about StormHack!: Nand Soundtrax who did the music “Fleeing the Ornithopters” at the end of that episode are getting their Bandcamp page together.

Big fan of Bandcamp for obscure electronica and lossless downloads and supporting artists more directly (my profile). If you want to find out more about Nand I suggest you follow their page to get an alert when their stuff goes live:

One thought on “Podcast Sunday 9th May”