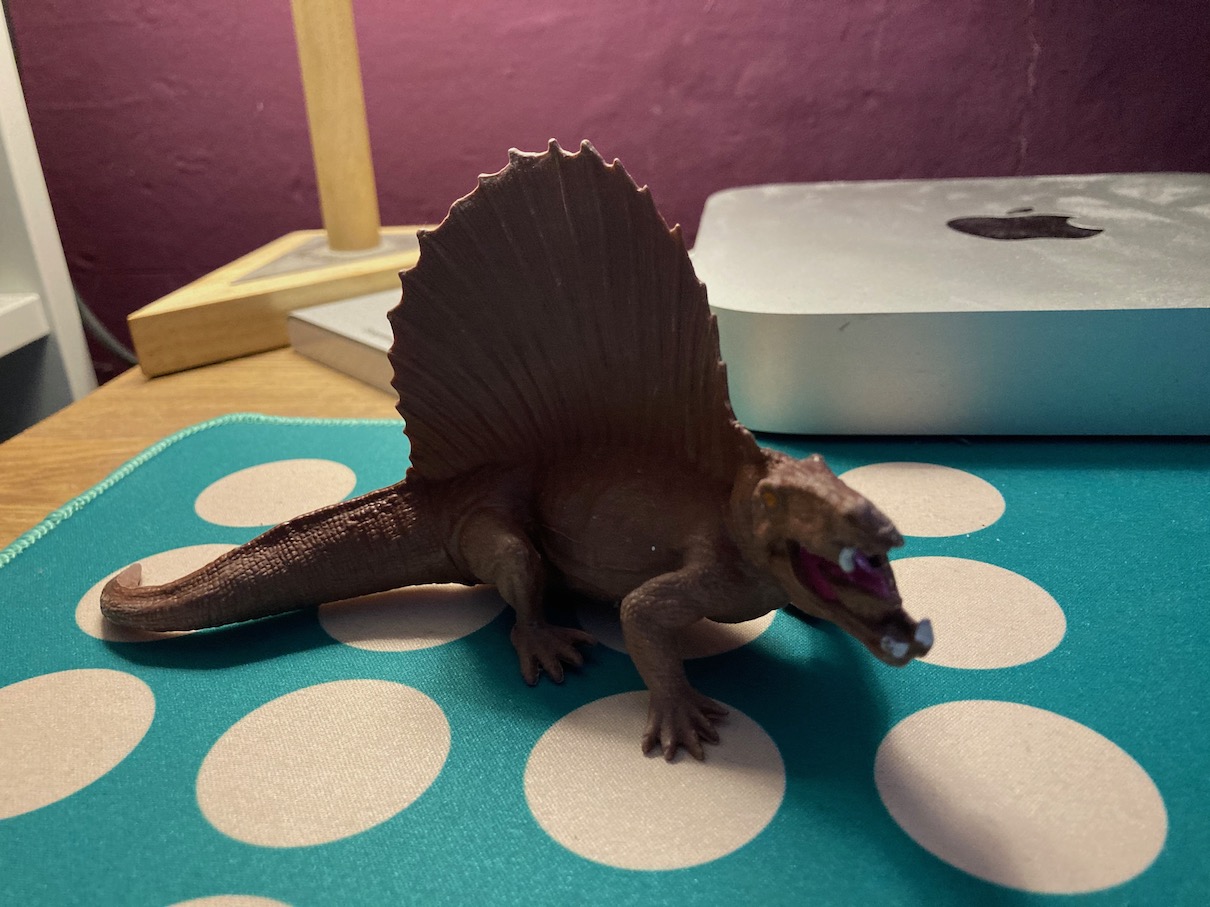 Posted on 2nd May 2021 Uncategorised

Not sure where the time has gone but I’ll be focusing on quality over quantity this week. They’re all very good

Really enjoy this podcast, and if you subscribe to the newsletter you get a whole lot of interesting links to the articles mentioned in your inbox. Of the topics in this one the fonts with personality tool at Fontbrief is really useful and the letters as colours synesthaesia simulator is fun, but the thing that got my attention is Git and Github.

I’m terrible at version control, normally I just clone an entire folder for my next draft of whatever I’m writing. This makes no real sense because I’m never going to go back to previous versions and compare what I did. But since I write in markdown I could probably usefully use Git for my writing projects, as long as I actually write decent change notes. I’ve now installed Git (via Homebrew) and I might try it out.

More interestingly something like GitHub could be really useful for a shared RPG writing project with control over contributors but freedom to download. Of course in the podcast it’s about font design, and I’ve seen other uses for GitHub like sharing open-source keyboard PCB designs (like the Sesame, which I’ve got my eye on). I’m considering it for a living version of StormHack.

Fear of a Black Dragon: An Unchained Melody (Orbital Blues)

This is a particularly good episode that goes beyond the subject matter of the quickstart for the Orbital Blues game which I have only just looked at an OMFG custom cassettes but also features the Expert Delve into How to GM like Elmore Leonard.

There’s a good chunk of Companion Adventures as well. I think this episode in particular is worth shouting about because I expect some listeners will look no further than the “Old School” strap-line and pass it over, when it’s got a lot more depth. If you like the kind of stuff Fictoplasm is about then I’m sure you’ll find this one worth your time. For the more RPG focused listener the Orbital Blues stuff still looks wonderful; who could resist a game of Sad Traveller?

This is a great interview but then I knew it would be as he’s been a guest on Fictoplasm (Lyonesse episode with Dave and Tim here) but also since I’ve played in Tim’s Legend games once or twice I’m familiar with his preferences. Always nice to hear discussion on Dragon Warriors and Robin of Sherwood. I particularly liked the discussion about how an adventuring party would affect the local economy on returning from a dungeon loaded with gold pieces. Also I identify with the early experiences of RPGs, playing T&T solo, and not really getting into red box D&D (and my off-the-shelf early experience was Fighting Fantasy rather than Dragon Warriors but I have a similar nostalgia for getting my first RPG experiences from WH Smiths rather than a specific games shop).

I feel I should say something about the Cthulhu Dark session… I’ve heard separately from Tim, Paul and Dave that they got the impression that they weren’t engaging with the game the way I expected. This is sort of true, but there’s some important context.

First, the scenario wasn’t mine, it came from Mansions of Madness for 4th edition Call of Cthulhu, so it’s a 90s piece of writing with some very 90s assumptions. The scenario is set up that the characters are sitting down to dinner with a friend and notice weird behaviour by the neighbour across the street. The assumption is that the PCs will henceforth investigate said neighbour, discover the weird greenhouse and the thing held captive in the house. But knowing that no scenario survives first contact with the players, the fact the group diverged a bit wasn’t a surprise.

Second, we were using Cthulhu Dark and I wanted to use all of it, including character generation. It’s evolutionary rather than revolutionary in that it doesn’t do anything that a typical freeform RPG wouldn’t do, but it does recommend you develop the characters as a group. As Keeper/Director my input was to frame the scenario which was “dinner with an acquaintance in a wealthy part of town”. From there the group decided that they were the campaign committee for a candidate for the New York Mayoral election, planning to hold the the launch party in the house of the rich acquaintance (and presumably political donor). From then on the scenario pretty much ran itself, with the players organising the launch at the Waldorf Astoria before cramming donors onto boats to take them to the house. From there they fielded various issues with guests, broken fuse boxes, strange noises from across the street, and so on.

Really there was so much going on at the party that there was zero chance they were going to break away from it to investigate the creepy house across the way. So instead I had the scenario come to them, with power cuts and the monster wandering through the honeycomb of tunnels beneath all the houses, having excavated its way through the cellars and under the lawns of the surrounding neighbourhood. The evening ended in disaster with guests fleeing the house on foot and in cars, in some cases being chased by the nameless horror.

So after the session I jokingly said “no scenario survives first contact with the players, but you guys basically distracted the scenario then shanked it in the back, shook it down for loose change and rolled it into the Hudson”. I guess this sounded like I was complaining that the players failed to engage. Actually I was fine with how the players had run with the game and made it theirs, and I really believe that you run the game where the players are at, not where you think they should be, because it’s not the GM’s game, it’s the group’s game. And Cthulhu Dark should work like this; the party make up should make sense, both in the setting and how they relate to each other, and it’s the PCs choice to be curious (or not).

That comment was really a remark on how the assumptions of some scenarios are completely mismatched with how many scenarios play out. When I ran The Madcap Laughs for Grogmeet, I didn’t just have to hack the original scenario to fit two short sessions; I also had to edit some of the content because the hooks were not there, nor were the logical transitions between scenes.

I’m writing this on the day of the Grognard Files May book club, where we talked about Robin’s Laws of Good Game Mastering. There was a certain amount of deserved praise tempered with a fair chunk of criticism, and the most critical point being the entirely asymmetric nature of the GM as entertainment provider with no support or feedback from the play group; the information flow is one-way and they have to take full responsibility for how the game goes. But one very good comment was that this book was written in a completely different era. It was written for a less information-rich age, where the choices of both players and games were lower; therefore you had to adapt what was available to the preferences of the players you could find. And for all the flawed thinking of that approach, it’s not a bad leadership exercise.

I keep this context in mind when thinking about old scenarios, which have undoubtably been written to a deadline and based on assumptions that are fair and consistent within the community at the time of writing; it’s only that today we have a much more diverse view of what a RPG is that we can also interrogate past content with this kind of critical eye. It also shows that one of the key roles of any “facilitator” in using an old document is adapting and translating it to the RPG zeitgeist.