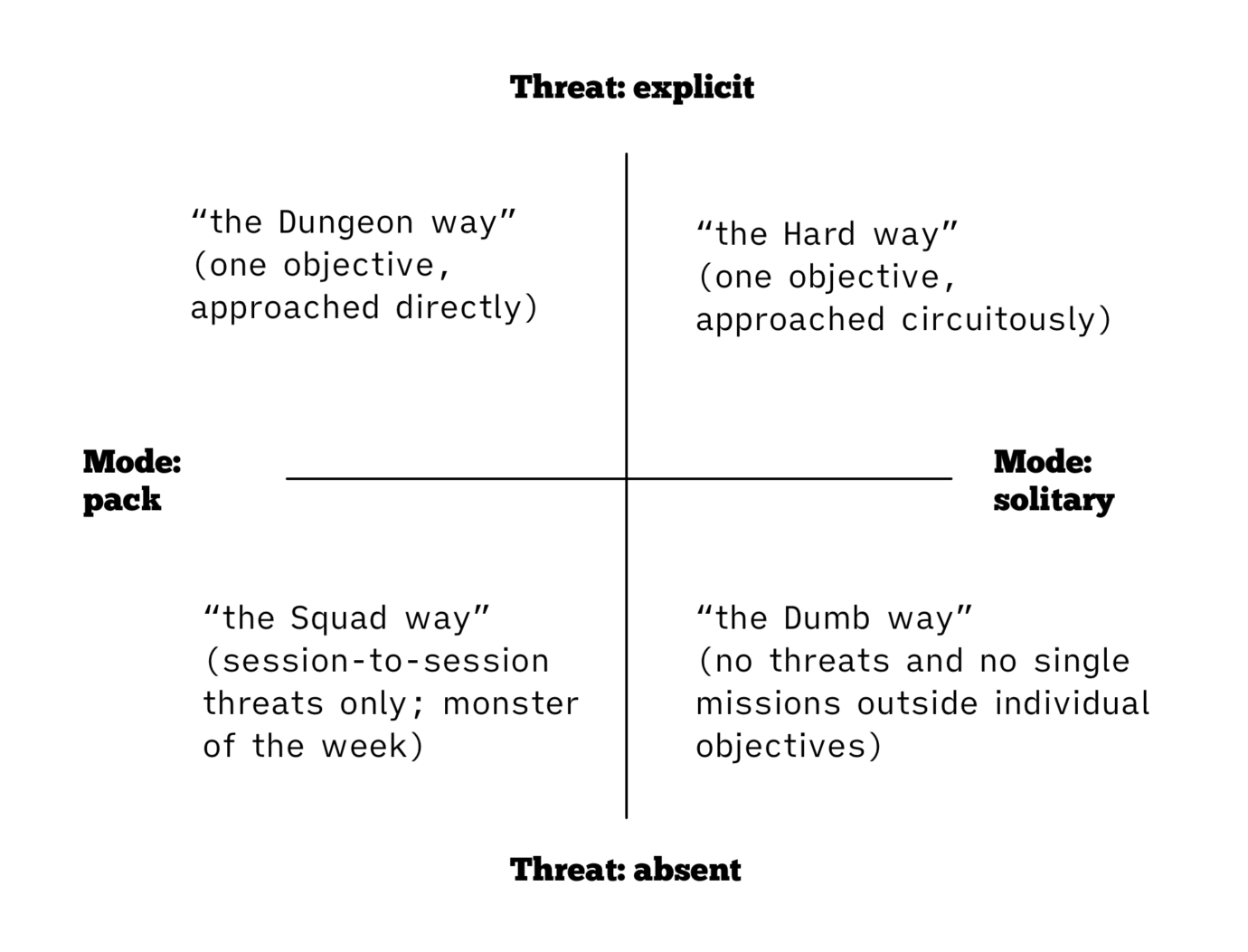 In the latest episode I talked about the difference between an investigation and a mystery game.

One: Investigation vs Mystery games

By “mystery game” I think of a very specific kind of minimal system game we played in the 90s (for example Over the Edge).

The basic argument (which I’m not sure I conveyed so well in the episode):

This is totally artificial and real-world games exist somewhere on that spectrum. But there are a few general distinctions. First, the focus on getting to a single Truth in investigation game is underscored by the mechanics of investigation games, which often punish the investigators (through SAN or insight mechanics) for getting closer to the Truth. Mystery games don’t punish in this way, despite being just as weird and horrific.

Second, the investigation, being focused on getting to a fundamental truth, is often active in how it engages with PCs (e.g. it prompts their action and attention with narrative beats). Compare to the ambient weirdness of the mystery which is more passive, in that it comes to the front if the PCs want to engage with it.

So investigation games are really good for pacing whereas mystery games can be really unreliable for pacing and one-shots and hit their stride only after a number of sessions. Also (something I didn’t consider in the episode) they can be more at the mercy of the dynamic in the play group (great if you’re all on the same page; possibly disastrous if you’re not).

I looked into Ron Edwards’ Sorcerer, where he discusses four ways to organise play (in Chapter 4, under Organising a Game).

I recommend reading Sorcerer if you can get a copy. Everything is worthy of criticism but this section on why players play and how they’re organised is not something you see in many RPGs at all… in fact I’d go so far as to say it’s slightly risky for an author to write down because it goes beyond options and into the realm of opinion. But it’s much more concise than the essays I used to wade through in the early Vampire supplements (well meant as they were).

Anyway… I put these four ways into a diagram 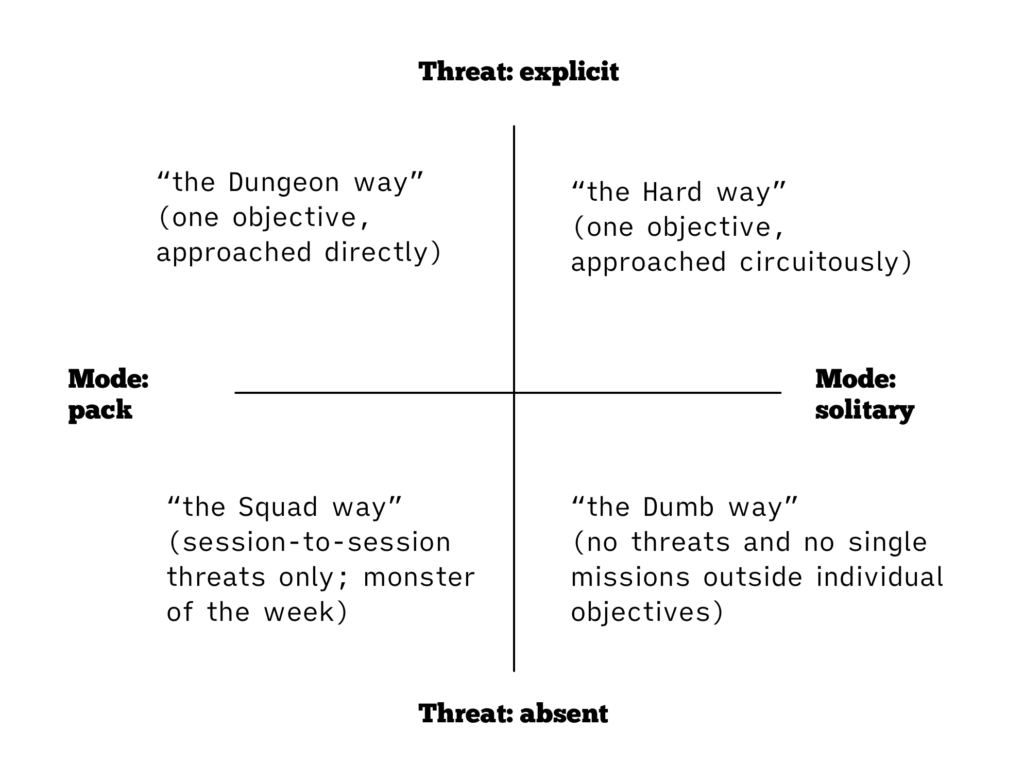 So in this context, I’d say the ur-Investigation game is North-West; it’s about Pack organisation and explicit Threat. The Mystery game is South-East, concerned with individual arcs with no obvious Threat. The North-East and South-West quadrants are variations on those two poles (the Squad is more about an organisation investigating a thing, and the Hard Way is about the GM doing all the hard work in bringing disparate characters together to a single narrative).

All of these modes are fine, preference, and games will probably drift around the diagram during play over sessions (like alignment). This is not really how Ron Edwards writes in Sorcerer; he’s implying some kind of exclusive choice. But mostly the point I’m making is that the structure in the OA is mystery rather than investigation, and it’s a play style I have a lot of love for.